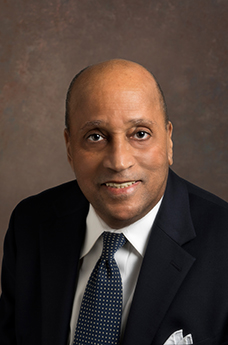 Professor Leland Ware has been the Louis L. Redding Chair for the Study of Law and Public Policy at the University of Delaware since 2000. Before his present appointment, he was a professor at St. Louis University School of Law from 1987 to 2000. He was a visiting professor at Boston College Law School in 1992 and at the Ruhr University in Bochum, Germany, in 1997. Professor Ware was University Counsel at Howard University from 1984 to 1987. For the five years prior to his position at Howard, he was a Trial Attorney with the U.S. Department of Justice, Civil Division, in Washington, D.C.  He had previously practiced with a private firm in Atlanta, Georgia, and with the U.S. Department of Health, Education and Welfare. Professor Ware’s research focuses on various aspects of Civil Rights law. He has authored more than 100 publications consisting of academic journal articles, book chapters, essays, book reviews, editorials and other publications in academic journals and other publications. Professor Ware has organized a number of academic symposia, professional programs and hosted many distinguished lectures. Professor Ware is a co-author, with Robert Cottrol and Raymond Diamond, of Brown v. Board of Education: Caste, Culture and the Constitution (2003). He is the editor of Choosing Equality: Essays and Narratives on the Desegregation Experience (co-edited with Robert L. Hayman with a Foreword by Vice President Joe Biden) Penn State Press (2009). He has lectured and made other presentations to numerous audiences in the United States, Europe and Africa. Professor Ware is a graduate of Fisk University and Boston College Law School 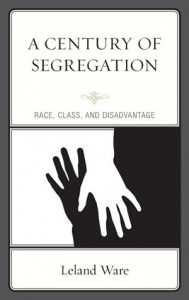 A Century of Segregation: Race, Class and Disadvantage

The book explains how race and class intersect in ways that uniquely disadvantage African Americans and other racial minorities. Beginning with Plessy v. Ferguson the initial chapters focus on the NAACP’s heroic fight against segregation in schools. Other chapters explain how continuing patterns of residential separation perpetuate segregated and under-resourced schools. The damage caused by implicit racial bias in public schools’ curricula is examined. Another chapter identifies the injuries caused by the disproportionate levels of discipline inflicted on minority students. The book concludes with an analysis of the use of racial resentment in political campaigns and the implications of Donald Trump’s election.

BROWN V. BOARD OF EDUCATION

THE LITTLETON AND JANE MITCHELL PAPERS

JIM CROW ON THE DOWN LOW: SUBTLE RACIAL APPEALS IN PRESIDENTIAL CAMPAIGNS